AmCon started business on July 1, 1988 as a construction products supplier. In the following years AmCon grew into one of the largest suppliers of Alternate Daily Covers, shipping throughout the continental US, Hawaii, Canada, Puerto Rico and Colombia. Development of an alternate daily cover was in response to a growing need of landfills to cover their open cells at the end of the day.

AmCon’s commitment to its employees is evident by the continual length of employment among employees, currently totaling over 105 years of combined experience.

In the fall of 2015, AmCon committed to another expansion which has more than doubled their production allowing same day shipments on stocks when orders are received by 2:00 pm Eastern time. 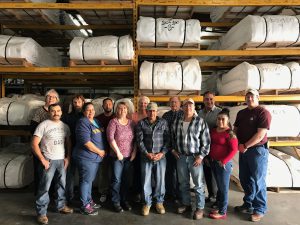